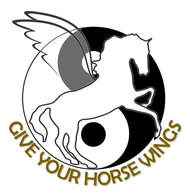 Dr. Edward Bach
was a medical practitioner who lived in England from 1886-1936. He was a well known pathologist, immunologist and bacteriologist.

He was an extra-ordinarily sensitive man who went into nature to find his remedies. He could sense the effect a particular plant would have on people's minds and bodies by putting a leaf on his tongue.

In this way he selected a number of plants which he thought appropriate for the treatment of negative emotions. He used the blooms of wildflowers as well as those of shrubs, bushes and trees.

His predicate was: Treat the being and not the illness.

He took as the basis of illnesses negative emotions such as worry, discontent, sadness, jealousy, fears, etc.

The body reacts to these with, for example, hayfever, asthma, digestive problems, heart diseases, etc.

Illness is neither a punishment nor is it cruel, it merely indicates that something is not right.

I can not conjure away your fears, problems or worries, but Dr. Bach’s Herbal Remedies open up new and real possibilities.

Dr. Ed. Bach’s Remedies are an aid by which you may attain your aim of good health. But YOU must be willing to take the FIRST STEP.

When you change the inner world, the outer world will follow suit